It’s like Columbo’s wife. Everybody talks about her, but nobody has ever seen her. What are we talking about? The rack railway of Hrebienok. The popular funicular is often called rack railway although there is no reason whatsoever.

A bit of history

The popular funicular has been transporting tourists to Hrebienok since 1908. To get tourists to the sought-after starting point where various hiking trips in the Tatras begin, open carriages were used at first, these were replaced by enclosed ones later. The funicular was modernised before the WC 1970 and its present-day version has been operating since December 2007. But it was never a rack railway. “Although it moves on rails, it is still a cableway. The whole movement is based on a rope running through a drive working on a pulley at the top, i.e. in the upper station. The rope is pulled from the lower station to the upper station and the carriage that moves from the top downwards is, so to say, pulled down by its own weight,” explains Dušan Slavkovský, the general manager of the Vysoké Tatry resort.

So how are the things going?

The funicular that operates between Starý Smokovec and Hrebienok has always had the same drive – a moving rope with carriage no. 1 on one end and carriage no. 2 on the other. The carriage moving downwards helps pull the other carriage up, together with a drive in the engine room in the upper station. The only rack railway in the Tatras operates between Tatranská Štrba and Štrbské Pleso. It is propelled by cog wheels that move on a rack between rails. The funicular of Hrebienok doesn’t have any rack between the rails or on the carriage, but most tourists still repeat the same.

There is always somebody…

To learn more about the history of the funicular, there is an exhibition of old photos in Grandhotel Starý Smokovec, which is located only a few metres from the lower funicular station.

Take the funicular to Hrebienok to experience it too

Choose your destination and buy tickets at the best prices on gopass.travel. 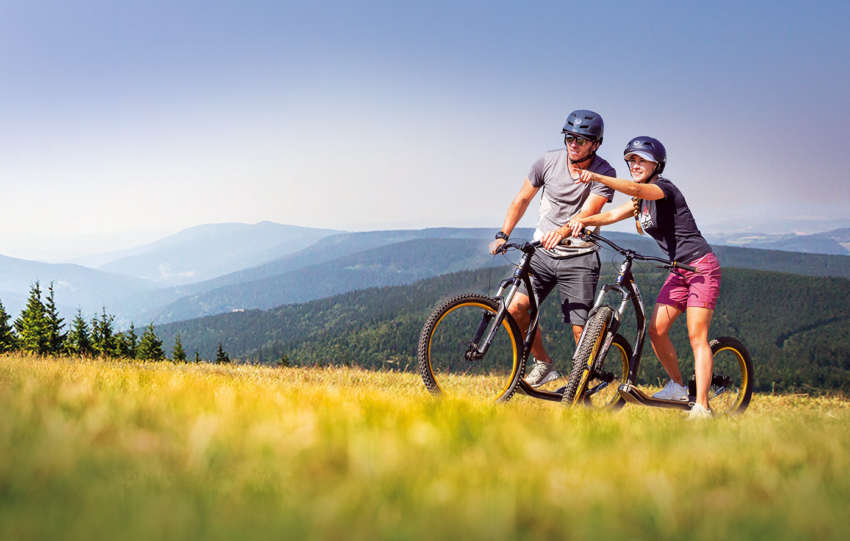